The now-called Waihora Clay Target Club was established in 1934 as "The Waihora Rod and Game Club". The rules of this club were formalised in 1947 and can read under FORMS AND RULES in the menu above. The modern Waihora Clay Target Club hosts the 4 main disciplines in Clay Target Shooting. Skeet, DTL (Down The Line), Sporting Clays and Compak/5 Stand. The club has continually grown over the years to become the largest club in Canterbury, the largest in the South Island and the 2nd largest in New Zealand (based on membership - over 150 members in 2020)). We are Affiliated to the New Zealand Clay Target Association which is our sports governing body in NZ.

The size and type of event are many and varied. These range from small social shoots to large competitive shoots. We host several events that see well in excess of 100 competitors attend. In addition to dozens of competition events we host practice shoots, coaching sessions and corporate events. The facility is also used by other groups to host their events. These groups include The NZ Police, The North Canterbury Game Shooters Club, The Gundog Club.

The club members are all ages from juniors to veterans, both male and female and are from all walks of life. These members are from the entire Canterbury area but most reside in Christchurch with some coming from the local area including Lincoln and Springston. The members all compete in a friendly, helpful and social atmosphere that we all work to maintain. For many years our members received the much anticipated club newsletter - originally called “Gutshot” - an email newsletter celebrating various successes, failures and foul ups. The newsletter underwent a name change in 2019 to "The Waihora Clay Breaker" and is published by email after avery 2nd or 3rd club shoot, generally between 6 and 10 times a year,. This newsletter also advises our membership of upcoming events and other news and is circulated to a wide reach  - some of 340 email addresses as of October 2021.

​​​​​​​
Some of our members both past and present include Commonwealth Games Medalists, NZ Representatives, National, Island, Zone and Provincial Champions. As our members come through the grades they have done extremely well in the major competitions representing the Club with pride. Places in our teams for team shooting events are very hotly contested and this form of shooting is very popular with Waihora holding some major trophies both past and present.

The present Club House has had much use and reflects its age - being well over 70 years old. Furthermore with a large membership and well-attended skeet and DTL events it became evident that more than a single skeet field and two DTL fields were required. In addition, the location of the club adjacent to roads and a waterway led to a decision being made late in the first decade of the 21st century to move the club several hundred metres south and together with purchase of land, to build 3 new skeet fields and 3 new DTL fields and also a new clubhouse.

The planning and construction of the new grounds then progressed over several years and involved both employed contractors and volunteer Waihora Club members and volunteers from other Clay Target Clubs volunteering their expertise, labour and time. The swamp-like land required "remediation" with thousands of tonnes of fill - mostly earthquake rubble - to build it up. Four skeet houses and 3 DTL traphouses were built and in October 2015 wooden fencing erected separating the fields. The concrete station pads for the skeet fields were laid in late 2015 and early 2016 and the first of the new skeet fields had its "opening" in February 2016 and 2 of the skeet fields were then in regular use. The three DTL fields had the lanes dug, boxed and concreted in March, April and May 2017. The grounds in the middle skeet and DTL fields were levelled and then seeded in late October 2017 and then regularly watered through a very dry November to have a decent grass cover by late December. Good stairs were made by a club member and were installed in all 3 skeet and DTL houses. Another club member manufactured permanent roofs with top-opening doors for the 3 DTL traphouses and these were all fitted and 3 DTL traps were also installed by December 2017.

The new clubhouse construction began in July 2016 with the laying of the crusher dust pad and proceeded steadily with the roof being finished in October and then external walls and windows fitted so the building was sealed from the elements by end of 2016. During mid to late 2017 the external walls were painted, it was wired and plumbed and then wall and ceiling batts installed and plywood ceilings and walls fitted and the skirting boards and architraves installed. The interior ply walls and ceilings were painted with Resene "Aquaclear Resene and Resene "Half Concrete" to the skirting boards and architraves , painting of the interior being completed on 13th Dec and around the same time the light fittings and plumbing were both completed and electricity and water and the sewege all connected, the kitchen cupboards and sink were fitted and all the floor coverings fitted - lino for the kitchcen, servery and toilets and carpet tiles for main room, office and storeroom.

The new clubhouse and grounds were officially opened and used on 20th January 2018, the first Waihora Clu Day for 2018. Hamish Wilson, Club President, spoke of the planning and building of the new grounds and clubhouse and acknowledged the input and work undertaken by many of the club members and other volunteers, and also contractors, many of the latter donating time and providing gear and equipment at reduced rates. A specially made cake was then cut by Grant Woods, Waihora Club Patron. The first DTL shots were then fired by four Life Members and the Club President - one per lane and all five broke their targets. During the following few months continuing work was done on the new grounds including levelling and boxing around the clubhouse for the AP40 and shingle surface, clearing, levelling, laying the 8 concrete skeet station pads and grassing the 4th skeet field (courtesy of Peter Lassen),, levelling the grounds out from the DTL fields, preparing two areas between the new and old grounds ready for 300 native plantings as part of the Greenway Belt and Te Ara Kakariki TAK) Green Dot programme - these being subsequently planted by a large group of volunteers in September 2018. In April 2018 the four SpunLite light poles were waterblasted, cleaned and painted then erected complete wkth LED lights and they were used for the first time at the first of the 2018 night shoots on 1th May. The light intensity however was less than optimal and they were upgraded to 600 watt LED lights together with 200 watt lane lights replacing the 60 watt lane lights and the subsequent illumination for the night shoots has been excellent.

With our increasing membership Waihora was keen to hold District and Island Championsuip skeet & DTL shoots and we successfully ran the Zone 8 NSSA Skeet shoot in February 2019 and then the South Island Skeet Championships in March - using all 4 skeet fields. By way of increasing our DTL facilities we applied for grants from CERT, Pub Charity and The Rata Foundation to construct a 4th DTL field in early 2019 and this field was first used for competition at the Lizard Hills 100 shoot on 31st August 2019. A new Trapmaster CT45 trap was also purchased and the Crusader trap was moved to the new DTL field and the new Trapmaster put into its place so 3 of our 4 DTL fileds have Trapmaster CT45 traps.

The club has large grounds and over 3 hectares in the new grounds require mowing. Part of the outer 2 heactres are mowed to a higher level and to greatly assist here the club was gifted a good second hand Ford diesel tractor in late 2019 and 2 club members donated a new slasher mower fitting to do this. A Cub Cadet mower which was over 10 years old had been used to mow the 1 hectare of the skeet & DTL fields to low level for over 2 years and it needed a lot of maintenance and was too-light a mower for the job so the club applied to CERT in early February 2020 for a grant to purchase a new bigger zero turn mower and this application was successful and a new Husqvarna Z554 zero turn mower  was bought and was delivered to the club on 28 February 2020,  barely 3 weeks after the committee decided to get a new mower, and was immediatly put to use for the club day the following day which included the shoot for the Canterbury DTL Shield.

Look under Photo Gallery - Year - Grounds and equipment - for ongoing photographic coverage of the construction and subsequent enhancement of the new grounds and clubhouse and under Waihora 2018 Shoots for photos of the opening day. 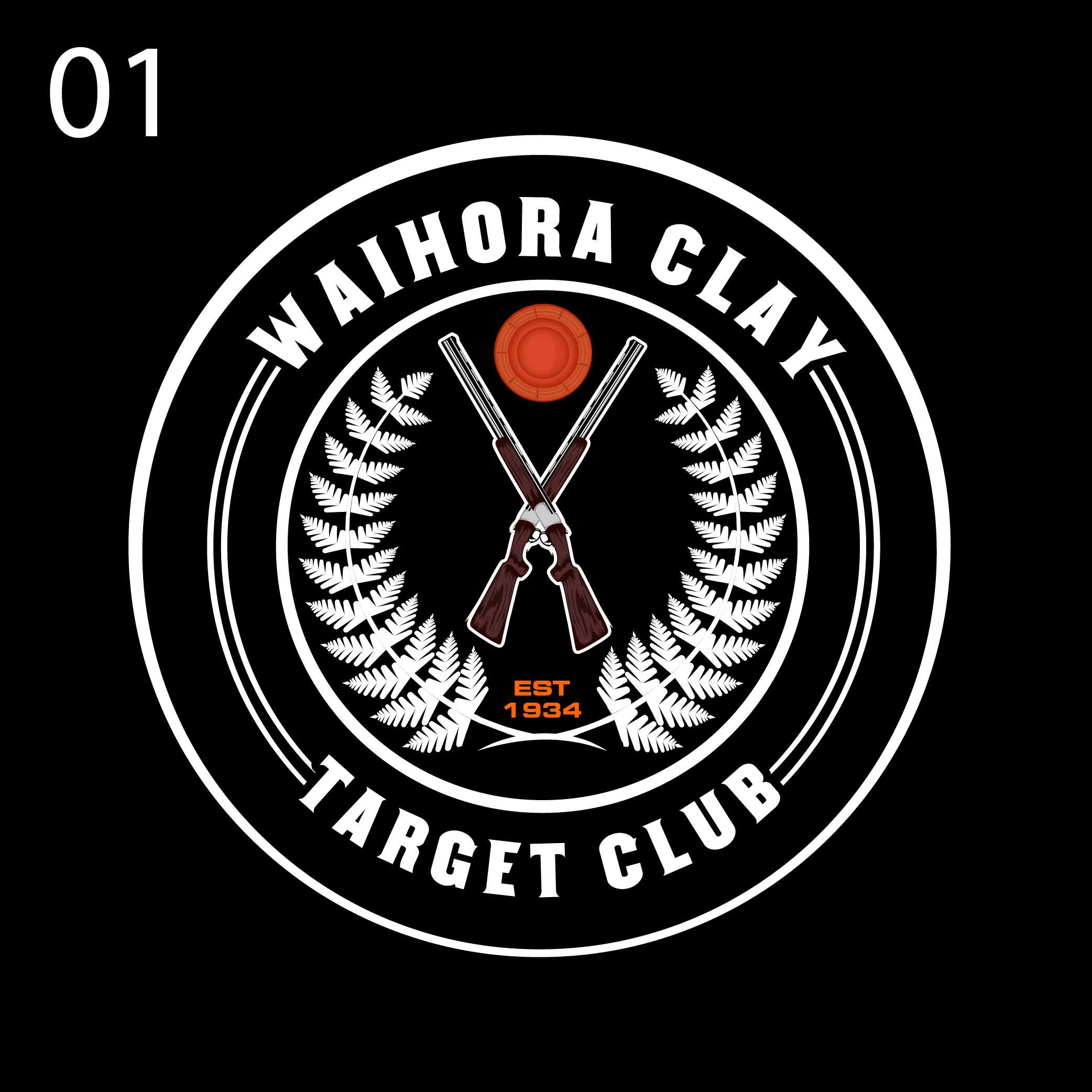